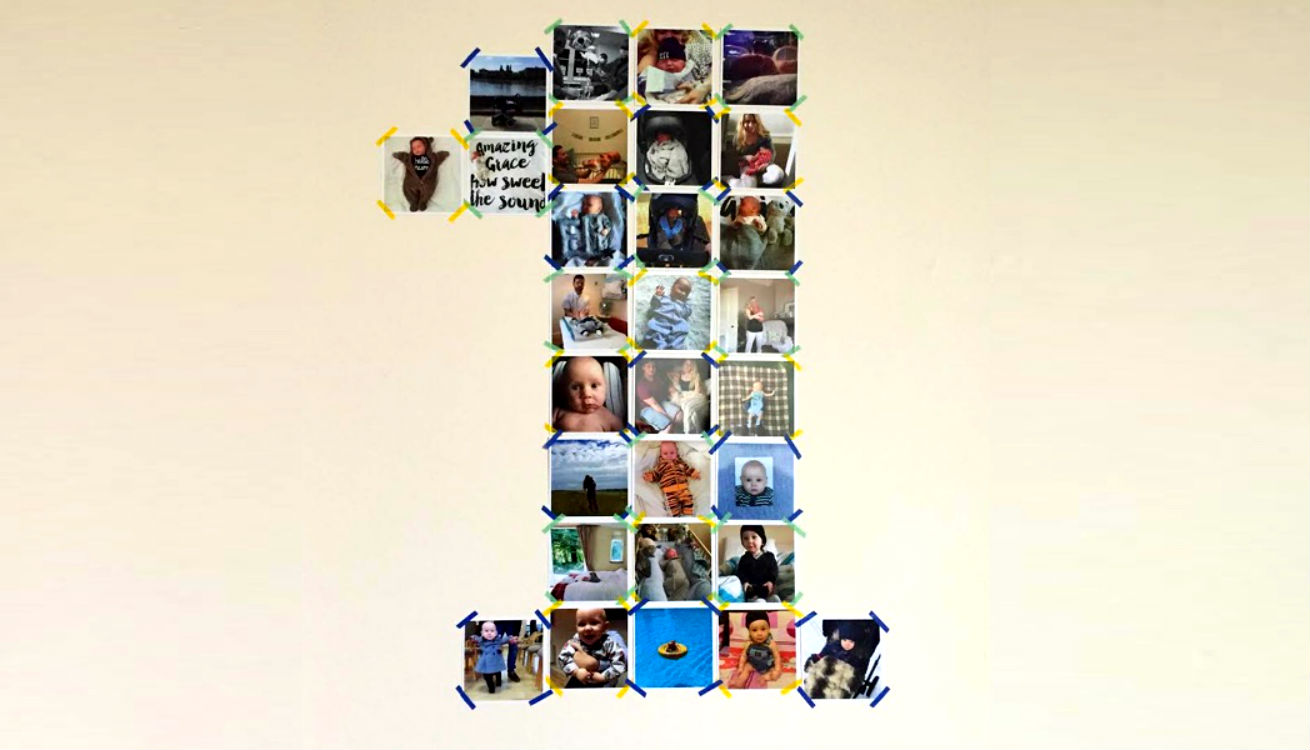 Eli just turned one. I know, I know, I’ve already written about it... but, to be honest, I am still getting used to the idea! It feels like just a few weeks ago I was nervously wheeled into theatre ready to meet my little bundle & now here we are; I have a ONE YEAR OLD, who says ‘IYA’ and eats raisins he finds under the sofa.

I knew when it came to Eli’s first birthday, I wanted to make a big deal of it. Not with piles of gifts or expensive decorations, but a week full of special touches, family time & precious memories that will stay with us forever (Well, Eli can look at the photos! 😛)

Along with some help from lovely mummies over on our KIDLY Facebook page (thanks ladies!) Here’s a guide to planning those special first birthdays.

Make yourself at home

The first birthday is a perfect excuse for a family get together. We spent the second half of Eli’s birthday week in Essex where he was able to spend time with family he doesn’t get to see very often. We created a hot dog station in my mum’s kitchen, grabbed some super cool paper plates and cups set up a ball pit for the mini people to play in & decorated with photos and milestones of our little dude over his first years - and of course a couple of balloons. Those simple yet precious few hours meant so much & all the fun and bubbles clearly wore the birthday boy out - he left his own party 10 minutes early for a nap.

Eli’s toy boxes were already full before his birthday so we decided to buy one investment present - the Deuz play tent. The verdict is in: He absolutely LOVES it! We’ve filled it with cushions & a fluffy rug and we snuggle down to read before bed. It’s become Eli’s favourite hiding place too. Oh I WONDER where he could be – ha!

Let them eat cake & smash it!

I’ve always thought cakes were for eating, but for first birthdays it seems the trend is to get babies dressed up as cute as possible, sit them in front of a massive cake & encourage them to smash it up. I wasn’t organised enough to plan this for Eli, but they look like so much fun & if you get a professional photographer to capture the carnage, you’ll definitely be bringing those photos out on their 18th birthday. Alternatively, make one at home. Set up a party scene in the kitchen add the cake… then get snapping while your lil’ one gets smashing...

Go on an adventure

If a party doesn’t float your boat, a day out is a great alternative. We took Eli to a farm during his birthday week & he was in awe of a crazy ferret running round and round in its cage. Come to think of it, Eli is just like a loony, little ferret, just a bit less fluffy 😂. If the weather is drab or you fancy an indoor adventure, a soft play centre is another good bet & is great for older siblings or cousins who may be around for the celebrations too. Plus - you may even get an early night out of the sprogs if they wear themselves out enough.

I remember how exciting party bags were as a kid & I wanted to try and recreate some of that magic for Eli’s little pals. Without throwing tonnes of money at it, I was inspired by the simple things he loves to create special bags for his mates. In the end they had a bubble wand, a light up sensory ball, Barny bears and boxes of raisins. We hand-delivered some to friends that weren’t able to make his party too, which spread the birthday love a little further.

So, I may have not come to terms with having a one year old, but gosh, I couldn’t imagine life without him!