6 ideas to get them eating their greens 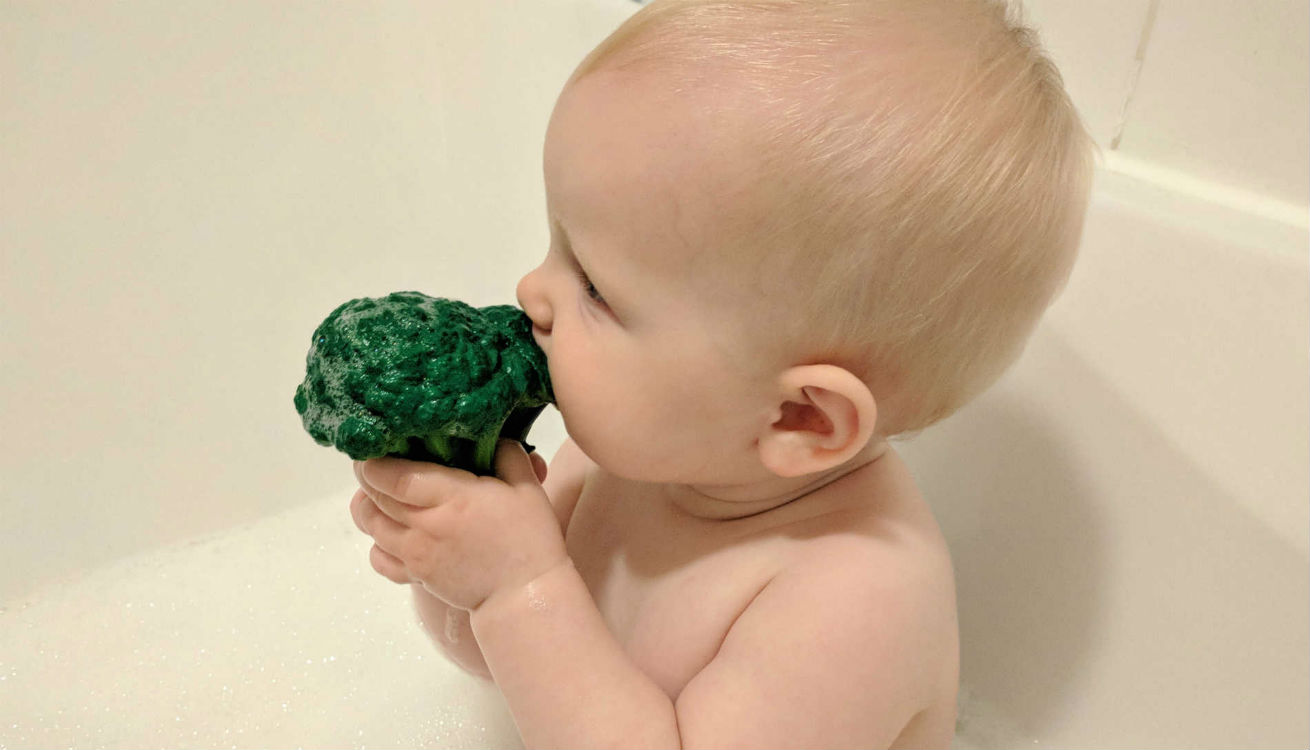 Ok, let’s have a confession moment. Hands up if you’ve smuggled veg into their food just to get some of that goodness in 🙋. As a mum to two, who has been through the stages of her kids refusing to eat their fruit and veg, my hand is firmly up there. However, although I won the battle with this cool tactic, winning the war and getting them to develop a good relationship with their ‘evil greens’, took a bit more blue sky thinking. So here’s some tips on how to conquer the latter, whether they start out hating the taste and texture, or get fussy later on.

My now six year old never liked the look of veg - even the colours were enough to turn him off. When he hit three years old and I’d exhausted the smuggling option, I decided to get tactical and make the veg seem less, well, scary. Using a toddler safe knife, he was put to work chopping all of the softer veg (can’t get through carrots with those blunt knives 😉) ready for the weekly spag bol. The excitement of the prep and seeing how veg could be cut into cool shapes, was enough to get him to try it and guess what? He loved it. We now have a little guy who doesn’t even bat an eyelid when presented with greens at mealtimes.

This is another one for parents struggling with a tot who hates the look and idea of greens. Play on their independence. Kids are more likely to try new stuff if they think they’ve chosen it themselves, so take them on a trip to the supermarket and let them pick their own fruit and veg. Or, take it one step further and go to a market or, in warmer weather visit a pick your own farm. Still not convinced? Why not get them fully immersed? Get them a lil’ veg patch or pot in the garden and make it their project. Then, again, let them prep it. The whole experience should be enough to at least encourage them to try it.

3. Play with your food

If they the hate the texture of veg then they’re not going to want to touch it. The best way to conquer this? Normalise those ‘nasty’ greens and make it feel like a normal part of their everyday. Baby? Hand them a teether that’s realistically shaped and textured like a vegetable, so they get used to the idea, like these Oli and Carol vegetable teethers. Older kid? Let them pretend play. We love this Bigjigs Wooden Fruit and Veg Basket, which features cool wooden veg they can feed to their teddies, dolls and you. Chances are, the more ‘yum’ noises you make, the more appealing the real ones will seem.

This is a good tip if your kid hates fruit… be sneaky and add it to stuff they like. I mean, who doesn’t love an ice lolly, especially if it’s warm out, or babe’s teething. Grab some fruit and whizz it around into a puree and stick them in the freezer. They’ll never know that ‘treat’ is actually full of goodness. #sneaky

If your kid just point blank hates the idea of ‘evil greens’, another way to make them part of your everyday is to get creative. Every kid loves a good bedtime story so get imaginative for a good cause. Make up stories or embellish a few truths, you know like, Popeye’s muscles are from eating spinach or carrots helping you see in the dark (although this is sort of true). The more you rave about them, the more they may decide to give them a try.

Another way to subtly introduce the taste of fruits in a different way is by thinking out of the box. Put fruit in the bottom of their water bottles. It’s great for adding flavour and vitamins in a unique way. Simply fill them with water, pop in a fruit of their choice (we like lemon or strawberries) and they’ll be gulping down those nutrients. And when the water’s gone, they may (MAY) just decide to try that fruit that looks a bit different thanks to taking in the water too...

Good luck guys, these tips may take time but I promise they work. In the meantime keep on smuggling... and as always, below is some of the stuff that may just make their veggie and fruit journey easier.