Summer Holidays… they’re fun and er, fearful in equal measures. Because let’s be honest, 6 weeks with kids at home calls for lots of creative thinking and patience. So we thought we’d try and give you a helping hand. We picked four toys that would last them all summer long and sent one each to four of our #KIDLYParents. We then asked them to report back and share what they thought of it. Here’s what they had to say…

Ruby 2.5, Jessie 6 and Danny, nearly 11, are Clare’s three children. She works part time during summer but when she’s off she likes to take the kids to National Trust places. However, with an 11 year old who is reaching teenage years and getting bored and two kids who get tired if they’re out too much, she loves having downtime at home. We sent her the Traditional Garden Games 5 Games in 1 Set to see if it kept all ages amused...

‘This set kept them entertained in different ways and for different lengths of time. You can just leave it out in the garden all day and they can keep swapping what they are playing. They can all play together or on their own so that makes it a great boredom buster. Ruby enjoyed just getting all the bits out of the box, stacking them up and playing imaginatively. Danny enjoyed putting the snakes and ladders board together like a puzzle.

‘The box is light and has a carry handle so was really easy to take to the beach. The hoops make great frisbees and it’ll be great for garden parties. The spongy mats can also be used for babies to crawl on outside. '

Vicki is mum to Sloan 5, Seren 3. She finds summer holidays can be hard and fears she may run out of wine, and her sanity - us too! She feels that there’s too much pressure on parents to provide kids with amazing experiences and it can get expensive. Add to that the dreaded, ‘Mummy, I'm bored,’ words on repeat and she finds herself jumping on Pinterest like a bat out of hell, searching activities that would make Mister Maker look like an amateur 🤣… Because she has responsibilities, like you, know, work, to be doing, she says it’s important for her two to be able to entertain themselves sometimes. We sent her the WaytoPlay 16 piece Expressway Set, which is great for imaginative play, to see if it encouraged her two to play independently…

‘I love open ended toys as they allow limitless creative opportunities. The WaytoPlay track is a great example of this and definitely a boredom buster for Seren and Sloan. They loved that it was “sooo bendy” and created bridges with our Wobbel Board and Grimm's Rainbow - pretty inventive!

‘It’s a superb indoor or outdoor toy. We've set it out on grass, created a surrounding chalk town on the patio, had a visit to the beach with it and then gave it a good old wash at the end of the day – it is so awesome that it sticks on the bath.’

With three children, Connie 18 months, Sebastian 5 and Wilfred, 6.5, Hannah’s summer holidays are sometimes chaotic, often noisy and always a full on period of time. She delights in the lack of morning routine, but says the absence of formal structure, and heat, can make her kids listless and fractious if they aren’t occupied. As a result, she has to stay one step ahead of their needs, and have some ideas up her sleeve… just in case. We thought the Traditional Garden Games Giant Play Parachute was a great piece of kit to give all three of her kids different challenges. But did it?...

‘I have no doubt that our parachute will make repeat appearances this summer. We have friends and family coming to stay, with children of various ages - I can see them all enjoying parachute games together. Even our toddler could join in the games - making it one of the few toys we have that can be shared between our three children with equitable enthusiasm.

‘Used as a den, it also offers longevity when there aren’t enough children around to use it as it was intended - and who doesn’t like to crawl into a shaded sanctuary with a cool drink on a hot day? Our trouble will be getting Daddy out of it!'

Bev lives with her two little girls, Inga, 5 and Eira 2. She says the biggest challenge she faced during the Summer hols is the lack of routine, which means things tend to get a bit chaotic. And this leads to tears and tantrums. Although the family have a few things planned, including beach walks, rock pooling and the odd castle to conquer, they have to stick to a bit of a budget, so it's great to have activities that work come rain or shine… As her girl’s are crafty we asked them to put the Sembra Kids Big Kit to the test.

‘The girls really loved this kit, and it was great fun to do. They enjoyed picking out what they were going to plant and helping each other with the whole process. It's so well put together, it kept them busy all afternoon.

‘The girls are really excited to follow it all through and see everything grow. They’re already planning what they can cook with the herbs, which is great. It's lovely to have something that will last longer than a few days, and a great way to teach them where their food comes from.’

So there they are. Four products that will keep kids entertained throughout their summer holidays. All given the seal of approval by our awesome #KIDLYParents. As always, we've listed them for you below. #yourewelcome. 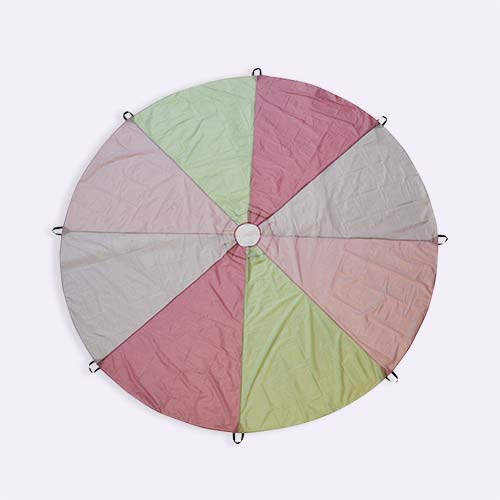