10 icy cool things to do this weekend 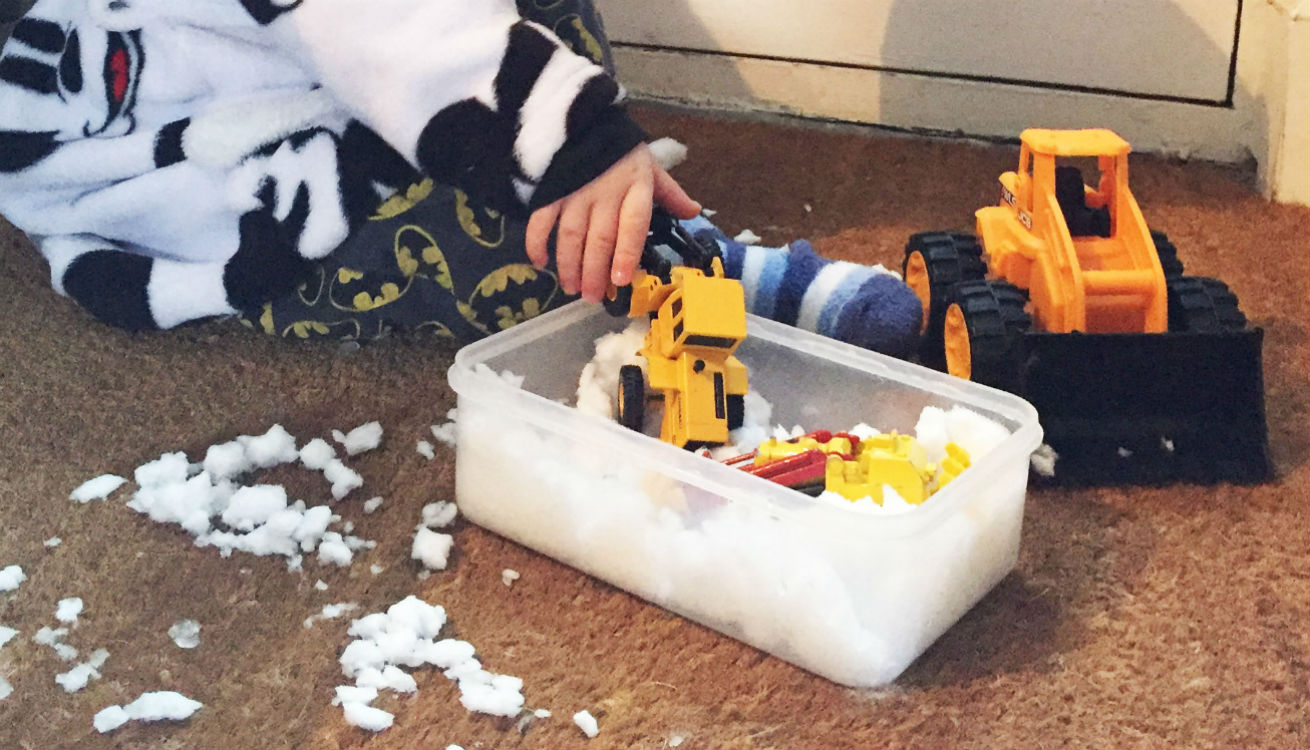 So, the snow’s hit. Schools are closed, we’re struggling on the work commute and, well, it seems that the whole country has come to a standstill. And there's more snow set for the weekend too!

We know what snowy days are like when you’ve got tots in tow, so we’ve got tips on Getting out and about on winter days and nights, or if you decide to stay in, keep reading. We’ve been having a little chat in the office and we've collected some of our fave things that will keep them entertained indoors, so we thought we’d share.

2. Browse Netflix’s new kids’ releases. Yep, an oldie, but a goldie. Grab those blankets, that hot chocolate and gear up for a Netflix binge. This weekend, our fave streaming service is releasing greats such as Stuart Little 3, Alpha and Omega and Benji, to name a few… that’ll keep them occupied for a good few hours. Ha!

3. Make some marshmallows for that hot chocolate. Because every snow day needs LOTS of hot choc and let’s be honest, it tastes so much better with marshmallows. Double up on sweetness and keep them busy by making your own. We love this simple Youtube Marshmallow video recipe coined by our founder’s wife, Bake Off contestant Stacey Hart. We’ve had them here in the office and they’re yummy!

4. Play libraries. If their school or nursery has been closed for a couple of days and you want to add some education to their weekend, then make it fun. Grab some of the books that have been lingering on the shelf, and pretend they are in a library by letting them pick a few. Then read them together - don’t forget the 'shhh' sounds and funny voices guys...

5. Get Mother’s Day crafting sorted early. Yes, you’ll have to pretend not to peek, but getting them crafting for a reason means they’ll probably sit doing it for longer. Once they’re done get them to find that ‘hiding place’ to store it until the big day. That’ll keep them occupied for at least an hour.

6. Bring the snow in! This is a great bargaining tool if your little snow explorer refuses to come in from playing in the snow. Grab an old ice cream tub, baking dish or a little bucket, then scoop up some snow from outdoors to bring in, stick on their gloves, give them some construction toys to play with and there's their snow play sorted. Stick it on a black bag, or put them by the front door on the mat to stop the messiness. And you’ve got some indoor snow fun without the tantrums right there!

7. Have an indoor snowball fight. Scrunch up paper or newspaper into around 6 balls and wrap each one individually with cling film, then get throwing - soft enough not to hurt anyone or break any windows.

8. Write letters to Mr Snowman. Yes really. Think letters to Santa, but with a cold twist. From holiday wishes to things they want to do at weekends, this will get little minds working and give you ideas too. Winning.

9. Whip out the dress-up box. Traditional? Yes. Fun? Absolutely. From those World Book Day outfits to any other piece of fancy dress, raiding that box will get their imaginations going keep them busy for hours. Wait for the ‘show’ at the end…

10. Keep the snow. If they get sad when you make them come in from the snow or when it starts to melt. Do it like the Beckhams. Yep, Posh posted a cool idea on her Instagram Stories where she popped her kids’ snowballs in the freezer for later. Take her example and do the same, or collect a lil’ bit of snow, pop it into Tupperware and store it away for the next day. Thanks Vics!

There we go troopers, a unique list of things to do with the kids on snowy days in. Enjoy!